An application to extend an H1B visa must be filed at least 3 months before the visa expires Premium visa processing allows the application to be processed within 15 days The H1B visa can be expired for up to 6 years after the initial 3 year period The H1B visa is a dual intent visa that can be used to apply for a Green Card. This visa is initially awarded for three years … END_OF_DOCUMENT_TOKEN_TO_BE_REPLACED 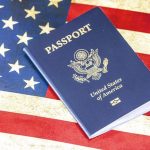 Indians holding an H1B visa can breathe a sigh of relief as rumors of changes to the H1B visa extension policy have been put to rest. Days after reports were first heard that H1B visas may not be extended over 6 years, the Trump administration announced that no such proposals were being considered. This move affects over 750,000 Indians and their families in the United … END_OF_DOCUMENT_TOKEN_TO_BE_REPLACED