Many of the facts you know about migration could be wrong. In fact, it is a worldwide phenomenon. Most people believe that migrants are in their country to take their jobs and harm them. But, is this really true? Read on to find out what the real facts about migration are. 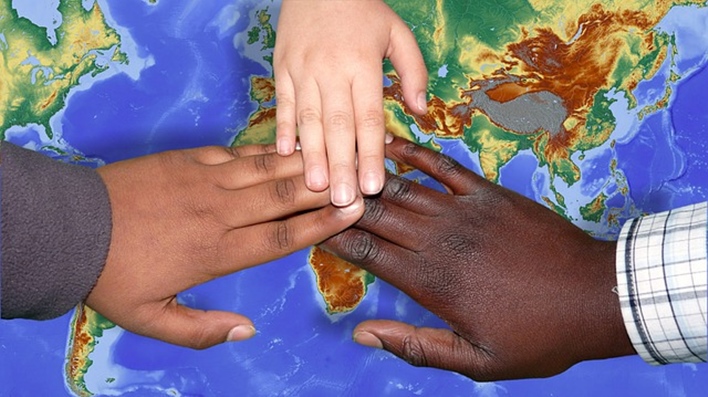 American President Trump’s stance on migration makes the headlines almost every other day. Migration is a buzzword not only in the United States of America but across Europe and all other parts of the world as well. For a layman, it is getting increasingly difficult to differentiate between myths about migration and facts on the issue.

Unfortunately, the myths in circulation are shaping opinions and creating an antipathy against migrants. Here are a few lesser-known facts about migration.

Facts about migration that you must know

1. There are fewer migrants than perceived

People in most countries overestimate the number of migrants in their country. In America, people assume that migrants make up more than 35% of the population but in reality, they account for less than 15% of the total population. This is usually seen amongst those in the political right-wing and amongst people employed in low-skill occupations.

Another misconception about migrants is that they get double the government aid received by native residents. This is believed by almost 25% of the French population.

This sentiment creates a sense of crisis and makes people averse to welcoming migrants into their life.

It indeed is one of the revealing facts about migration, isn’t it?

2. There is no uniform pattern of migration

While the rate of international migration is increasing, it is not increasing at a uniform rate across countries. While the number of Indian emigrants has more than doubled between 1990 and 2017, the number of British emigrants has barely increased by 1 million. In 1990, 6.7 million people emigrated from Afghanistan but in 2017, this number dropped to 4.8 million.

There is no one country which attracts all migrants. In 2017, the Indian diaspora was the largest in the world. Mexico came in second and Russia was third. Not all migrants head to the most advanced countries. Instead, they are more likely to move to the developing countries near their home country.

In 2017, over 60 million Asian migrants moved to other places within Asia. 41 million people moved from one country to another within Europe in 2017. This is 13 million more than the number of Europeans who moved to another country in 1990. ( Check the table below)

Europe accounts for the largest number of Asian migrants who leave the continent. In 2017, 20.5 million Asians migrated to Europe. However, when it comes to emigrants from Latin America, North America is the most popular destination. In 2017, 26.4 million people moved here from various parts of Latin America.

A healthy economy and better job prospects are a common reason for migration but they aren’t the only ones. In the 1990s a majority of Mexicans who migrated to America came here illegally looking for low skilled jobs. Today, Mexicans still migrate to America but the demographics have changed.

Most Mexican emigrants are older and move to America legally with offers of good jobs. One of the reasons for this is the improved state of the Mexican economy.

The number of people migrating from African countries has increased by 31% between 2010 and 2017. One of the major reasons for this is the high fertility rate in Africa. This has led to a surge in the youth population of Africa that wants to live a better life. This is not a bad thing for Europe as the native European population is aging and African migrants are helping the economy.

This indeed is one of the most alarming facts about migration. Apart from population growth and economy, global warming is also influencing people’s choices about where they would like to settle down.  This has increased the migration from rural areas to urban areas within the same country.

As the temperatures increase agriculture becomes harder forcing farmers to take up other jobs in cities nearby. It has also pushed a number of people in middle-income countries out of their homes.